Sometimes when couples come from out of the Bay Area for their elopement or a San Francisco City Hall Wedding they want to be sure the photos tell the story of their trip, not just city hall so they take a little more time for photos.

Lory & Chris came from Los Angeles to get married at San Francisco City Hall. Though they love city hall with its amazing architecture, they also wanted some photos around San Francisco to preserve their wedding weekend memories.

The wedding was in the rotunda, beautiful! After the ceremony we photographed Lory & Chris in city hall at the various levels to get some variety of different looks.

Then it was off to a few San Francisco landmarks. Our first stop was Lombard Street (the crooked street) for a quick shot or two. We were on our way to the Palace of Fine Arts and Crissy Field when we saw the cable car on Hyde Street and stopped for a few shots there. The Palace of Fine Arts is always a beautiful background for photos. 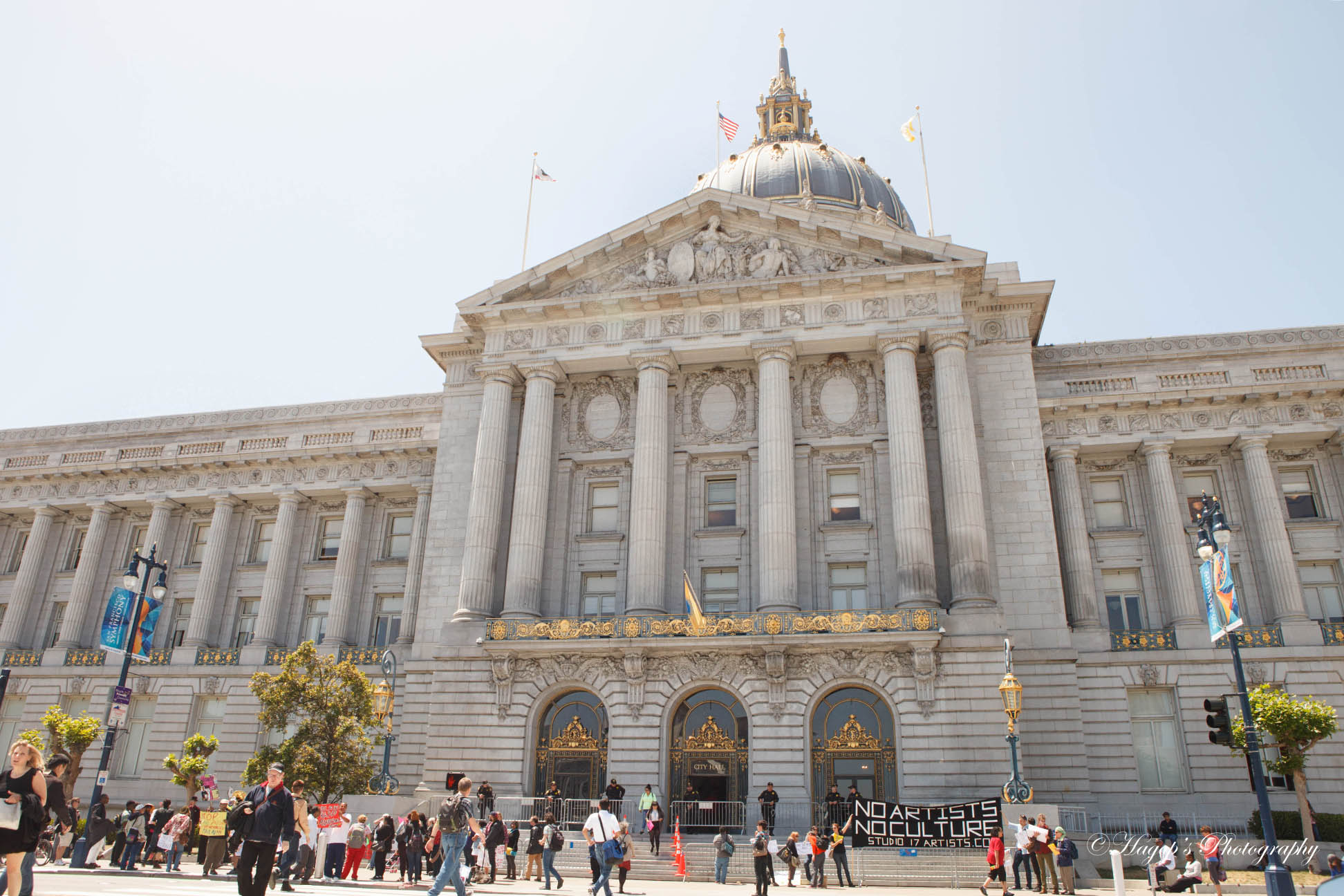 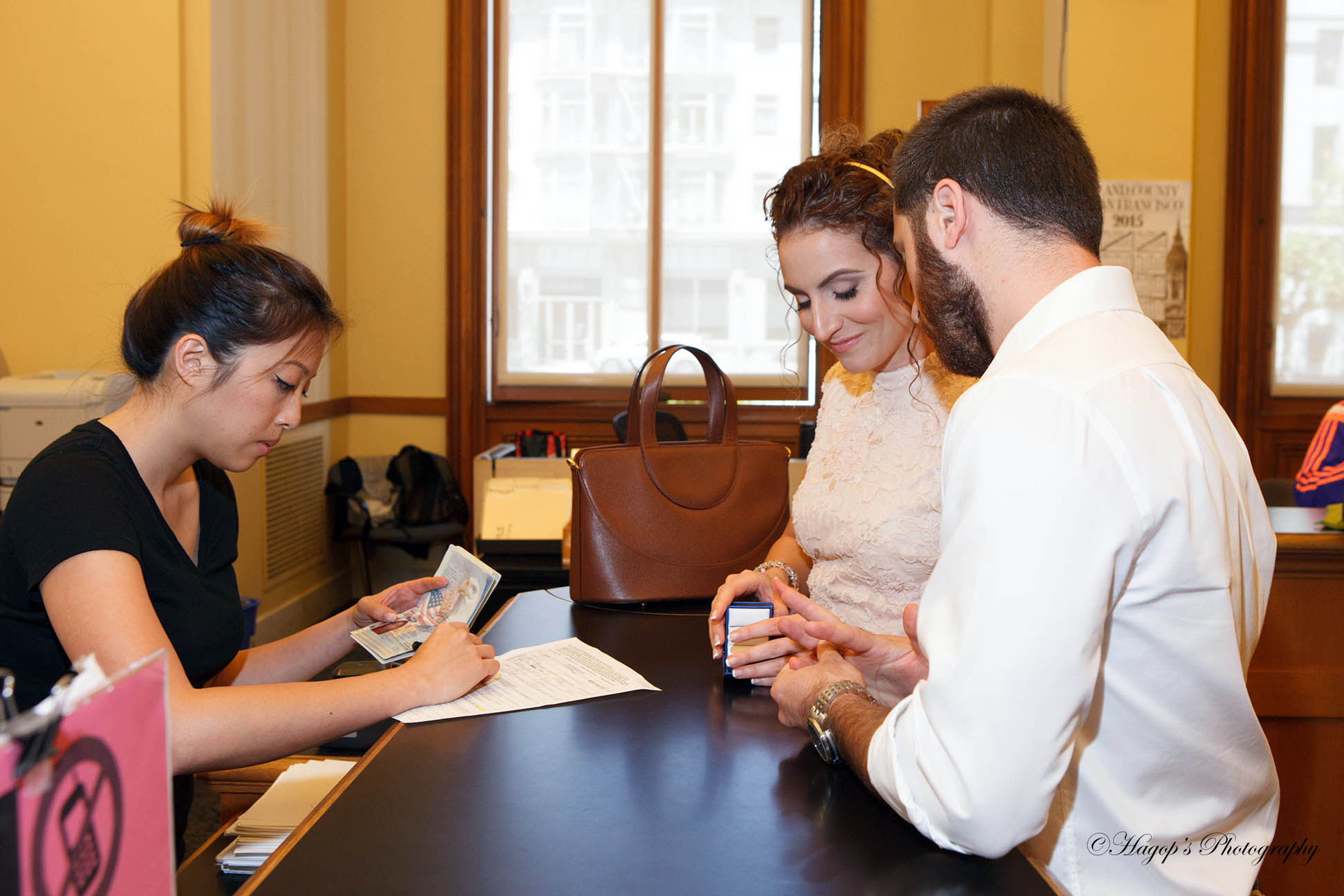 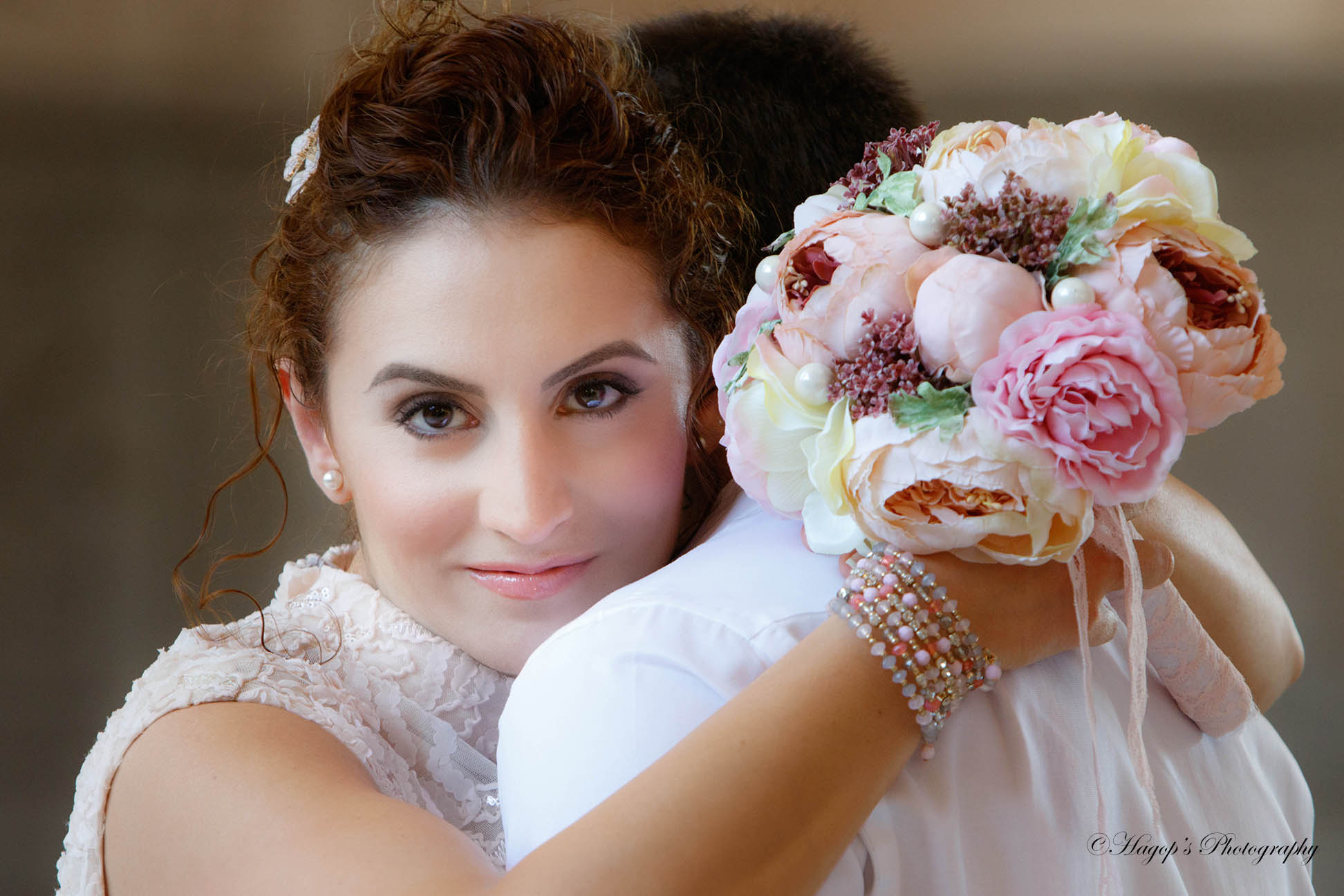 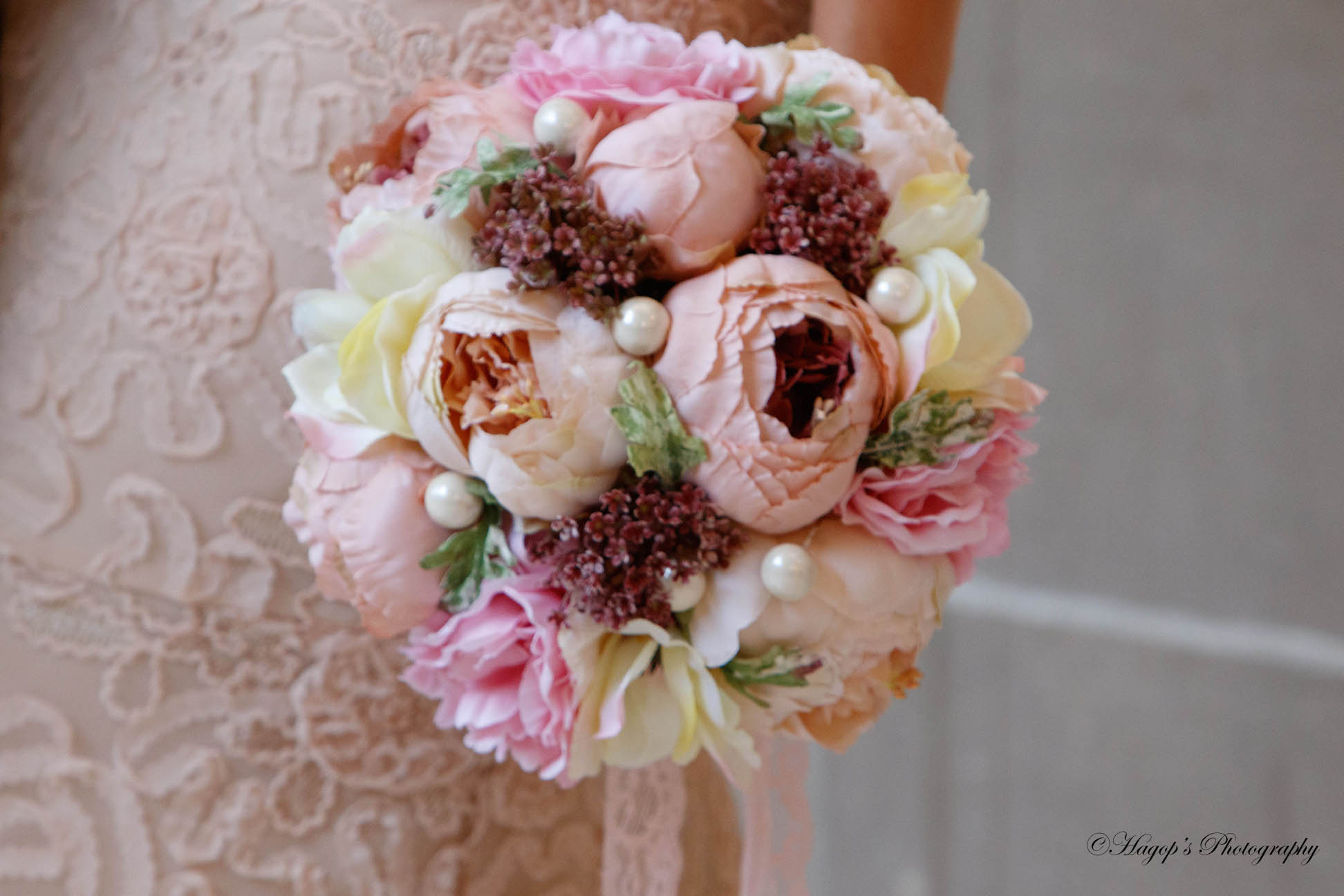 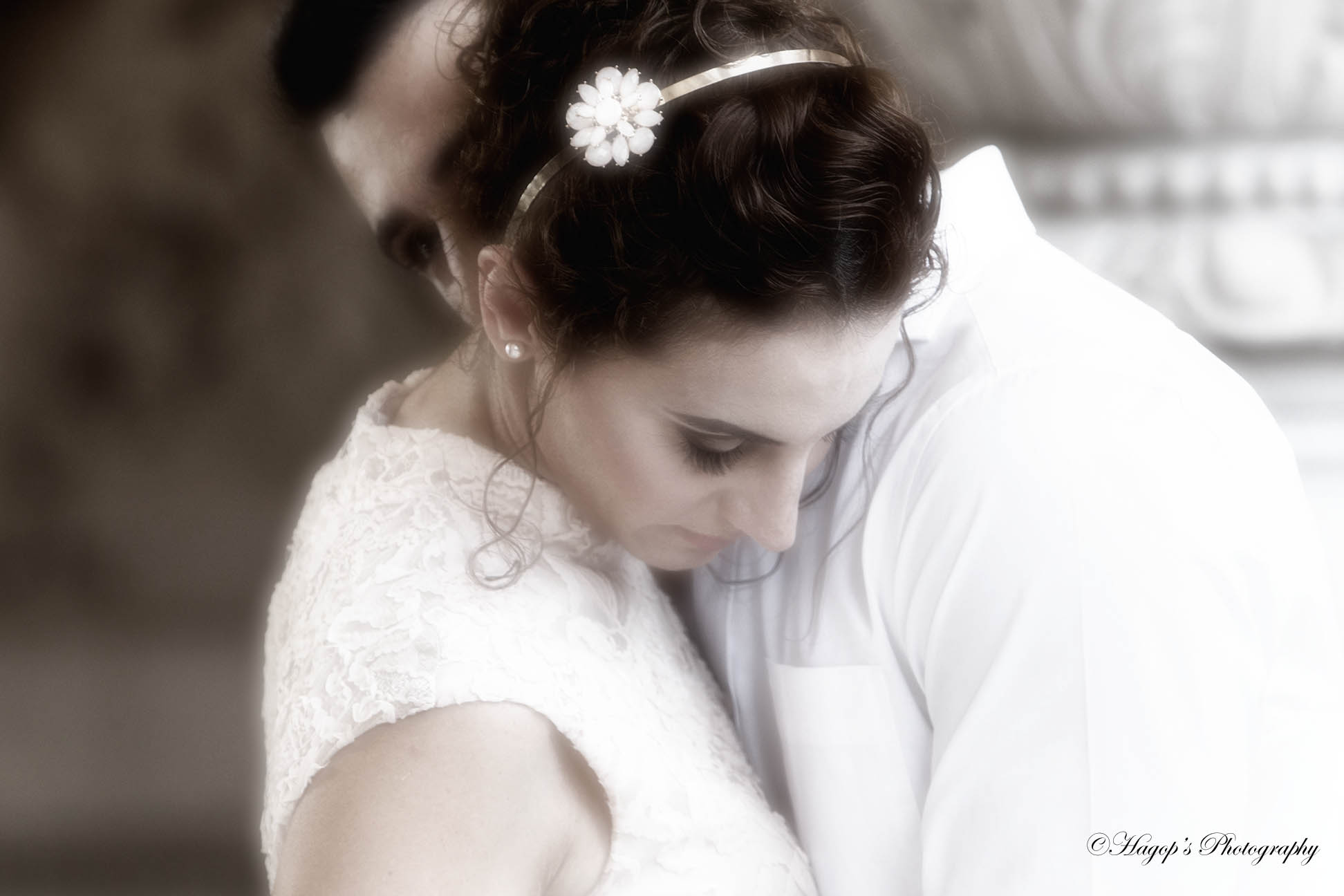 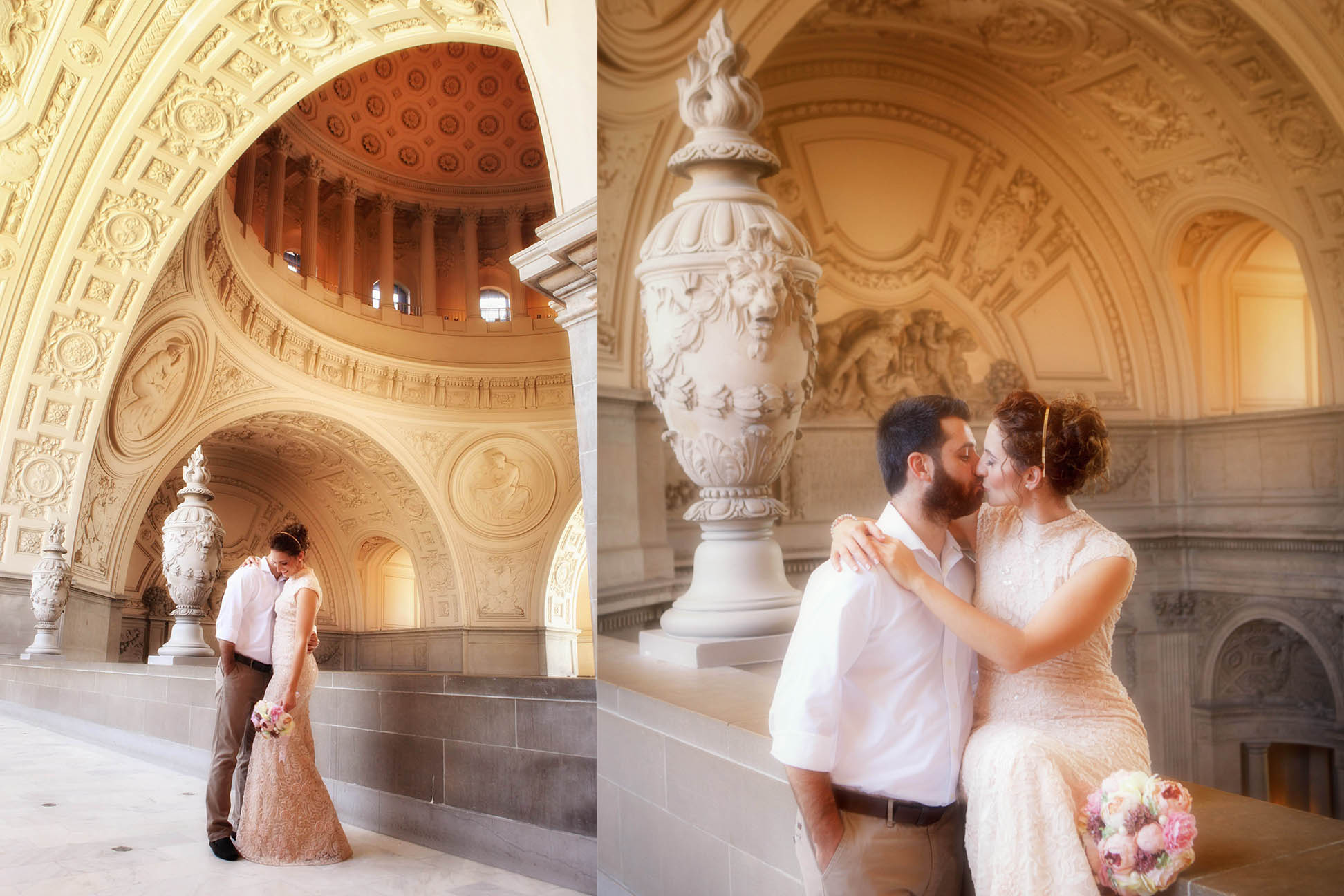 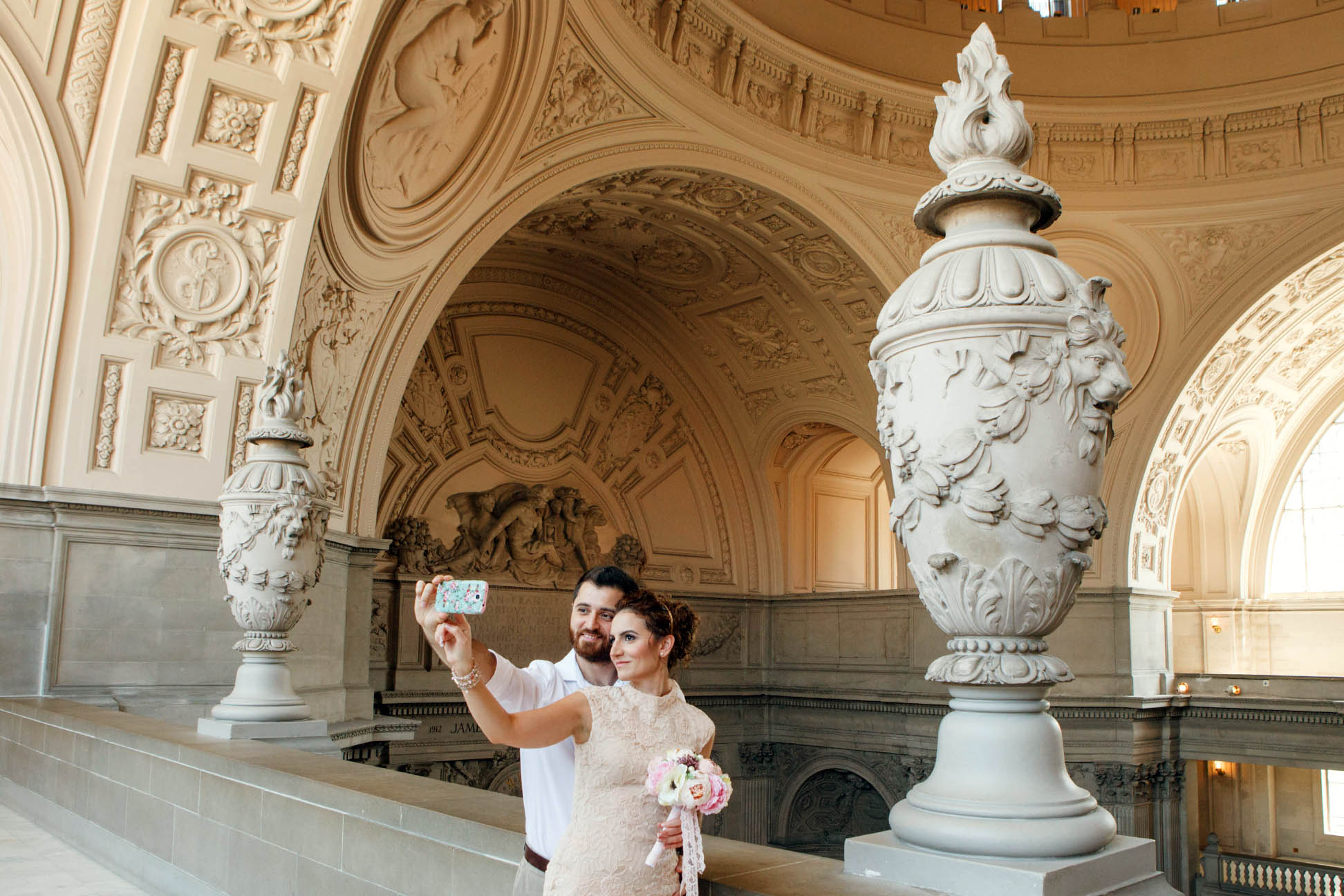 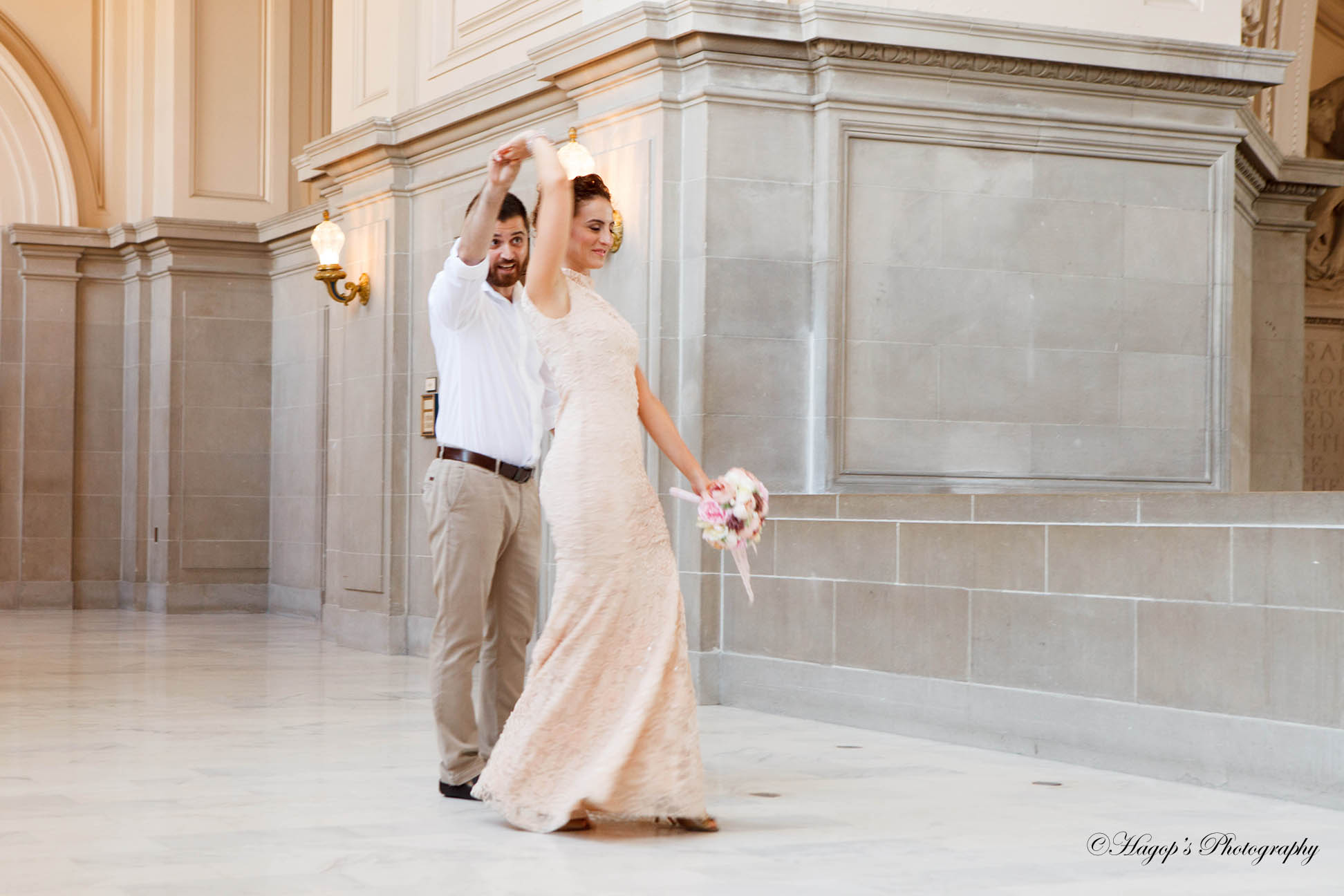 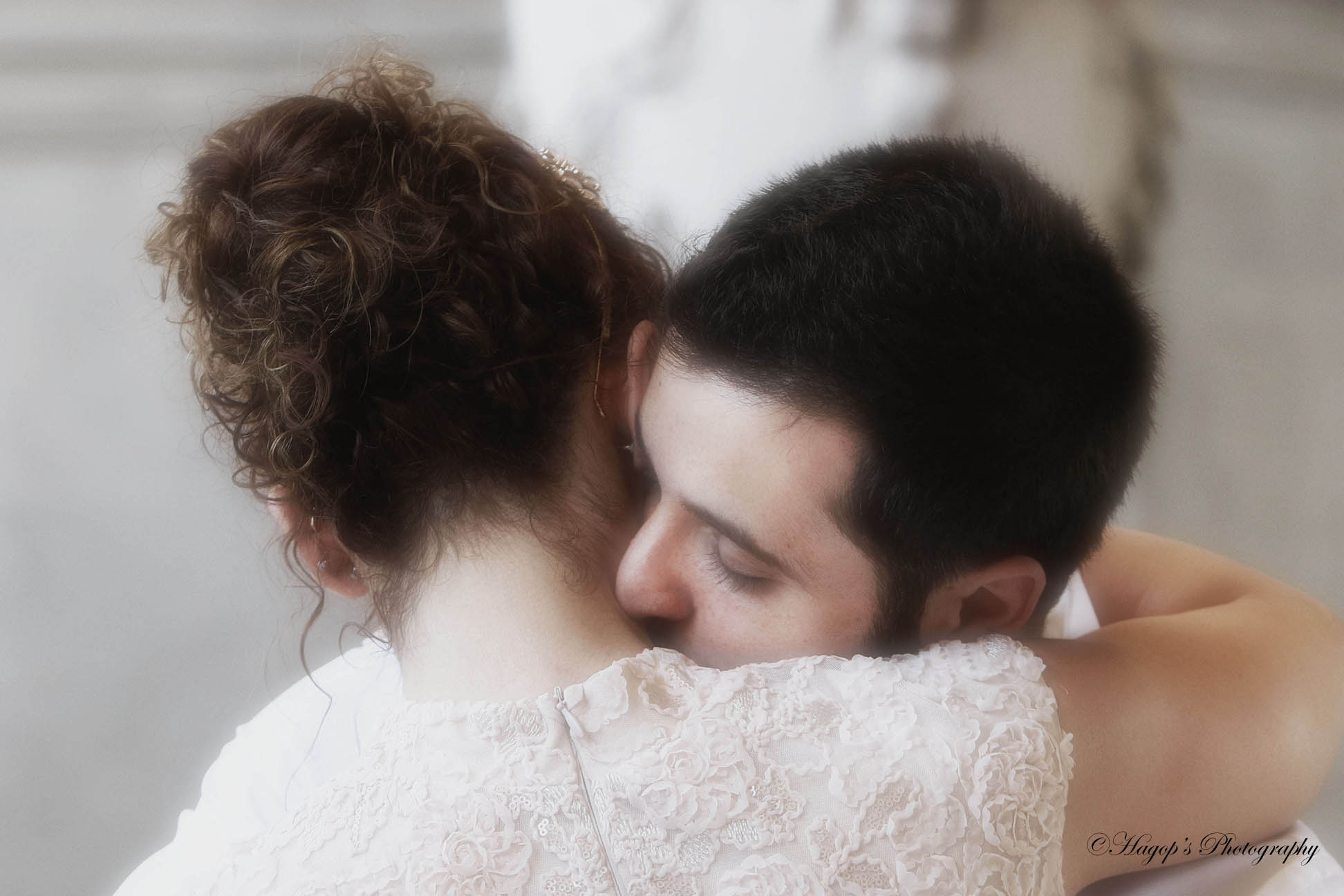 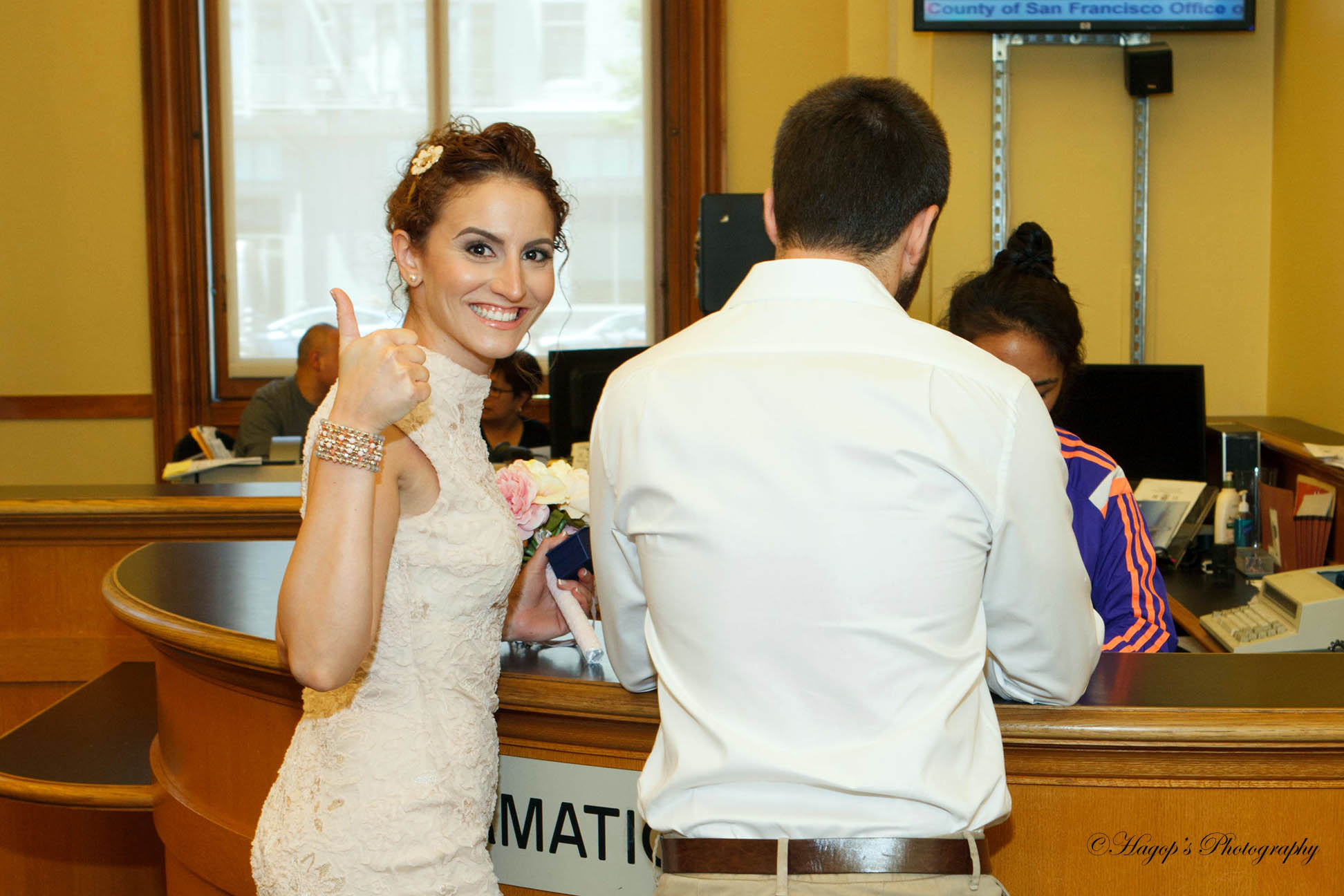 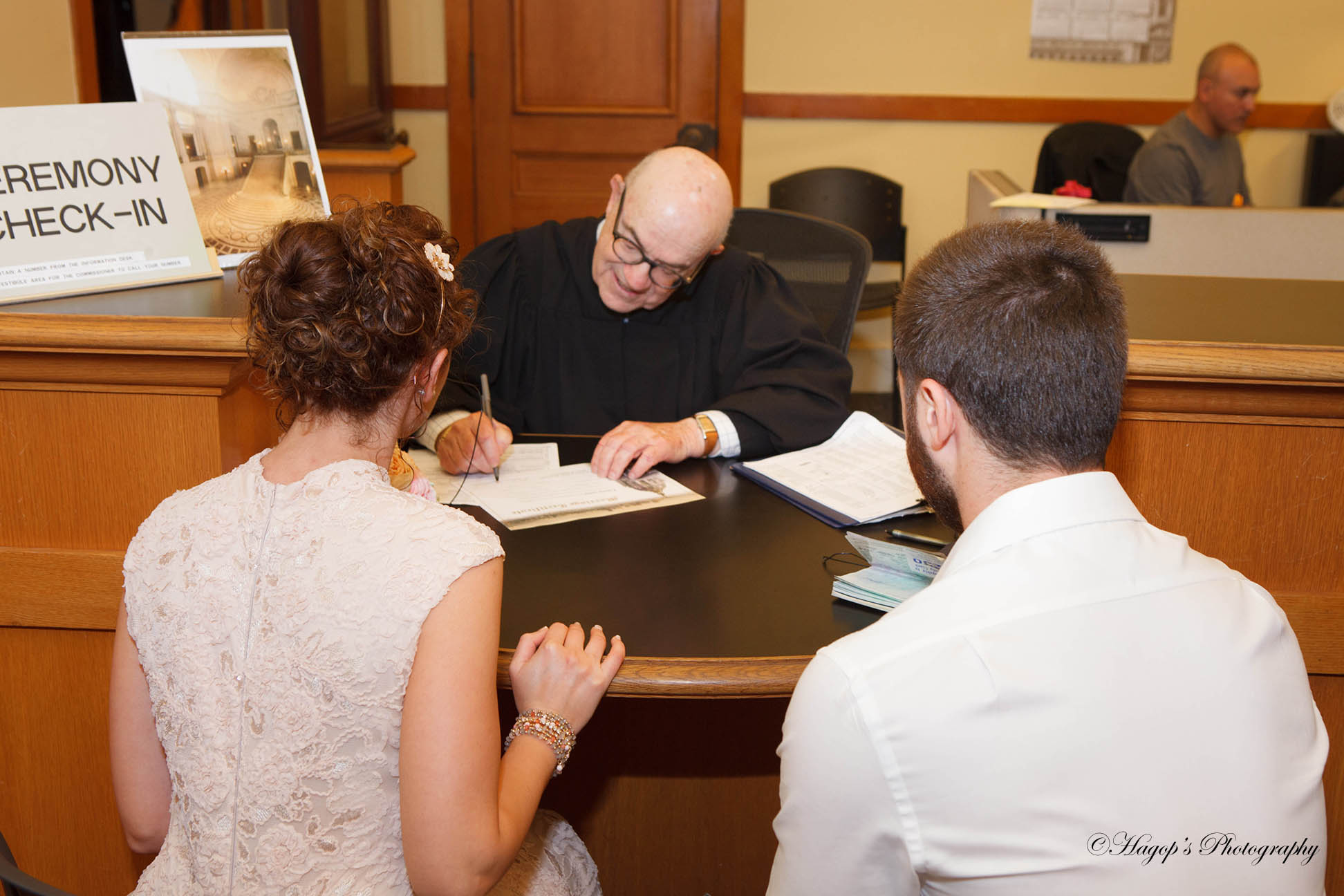 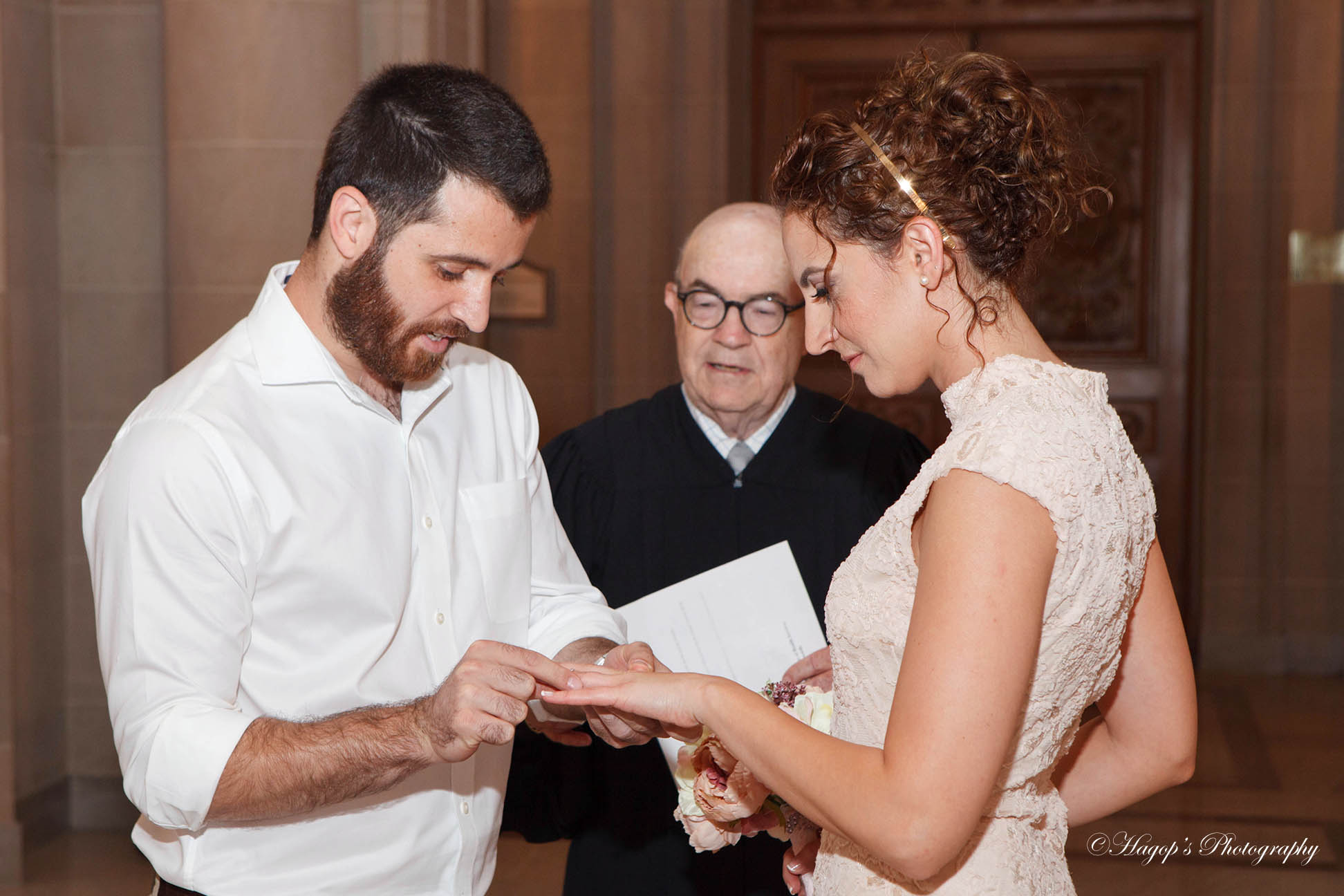 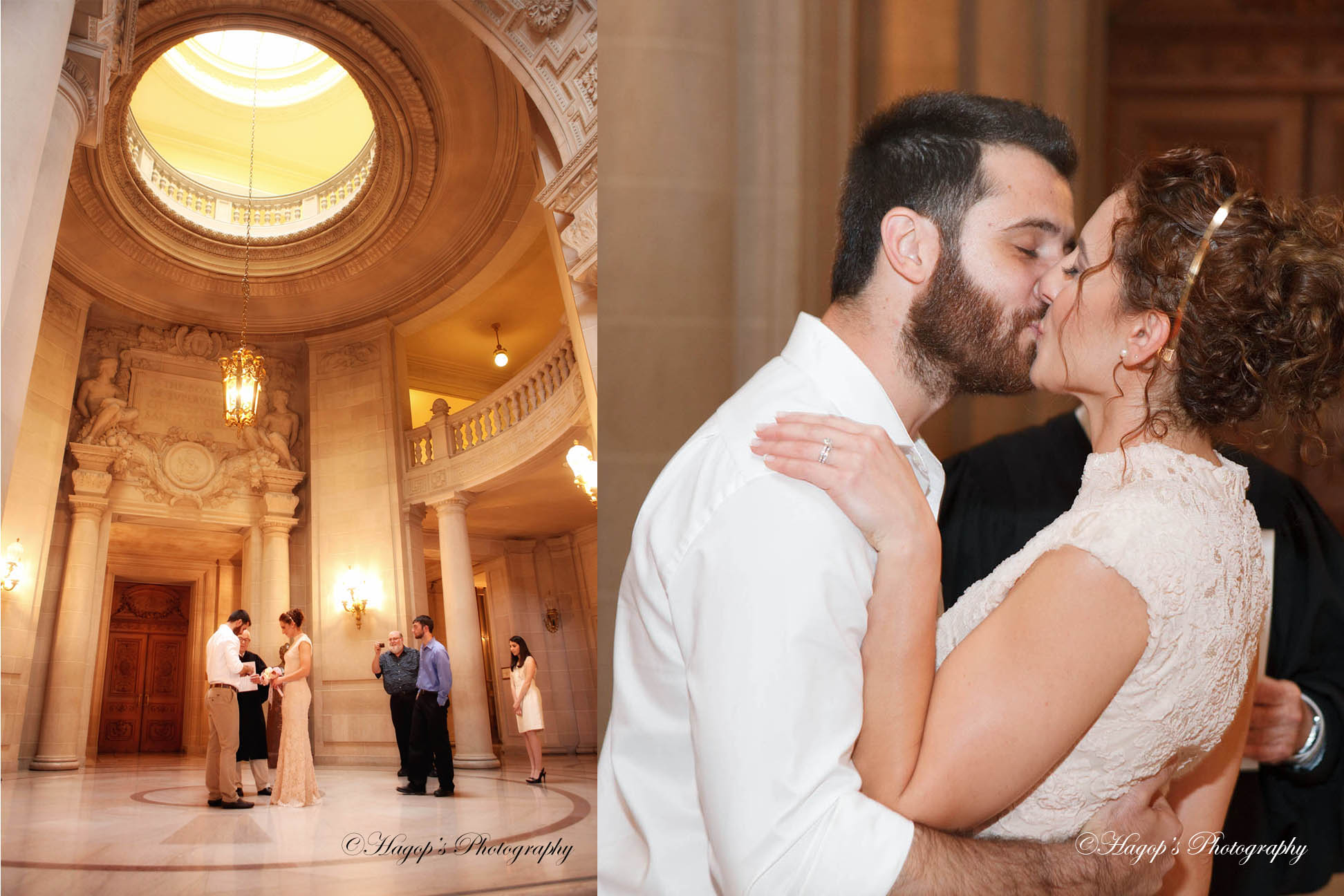 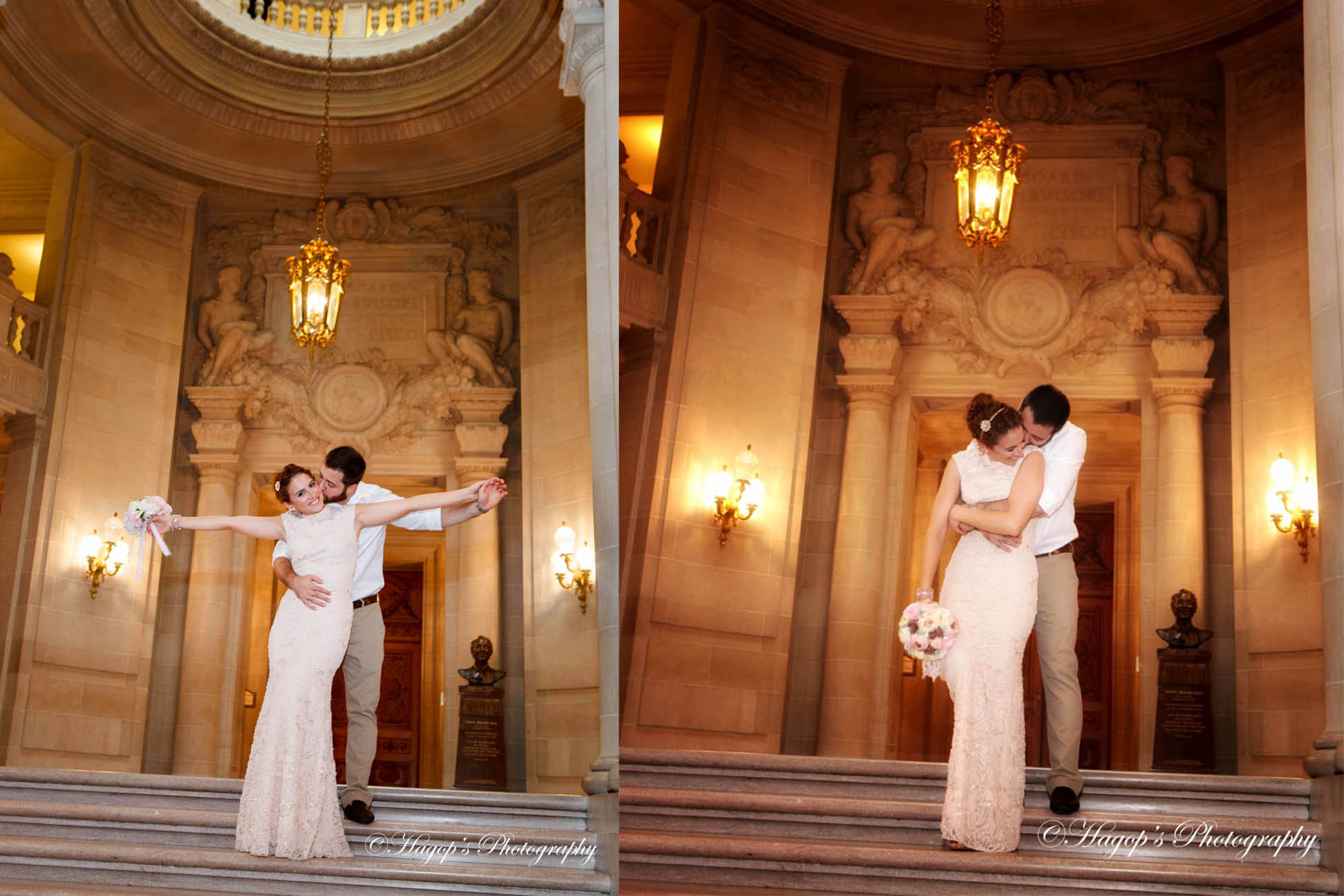 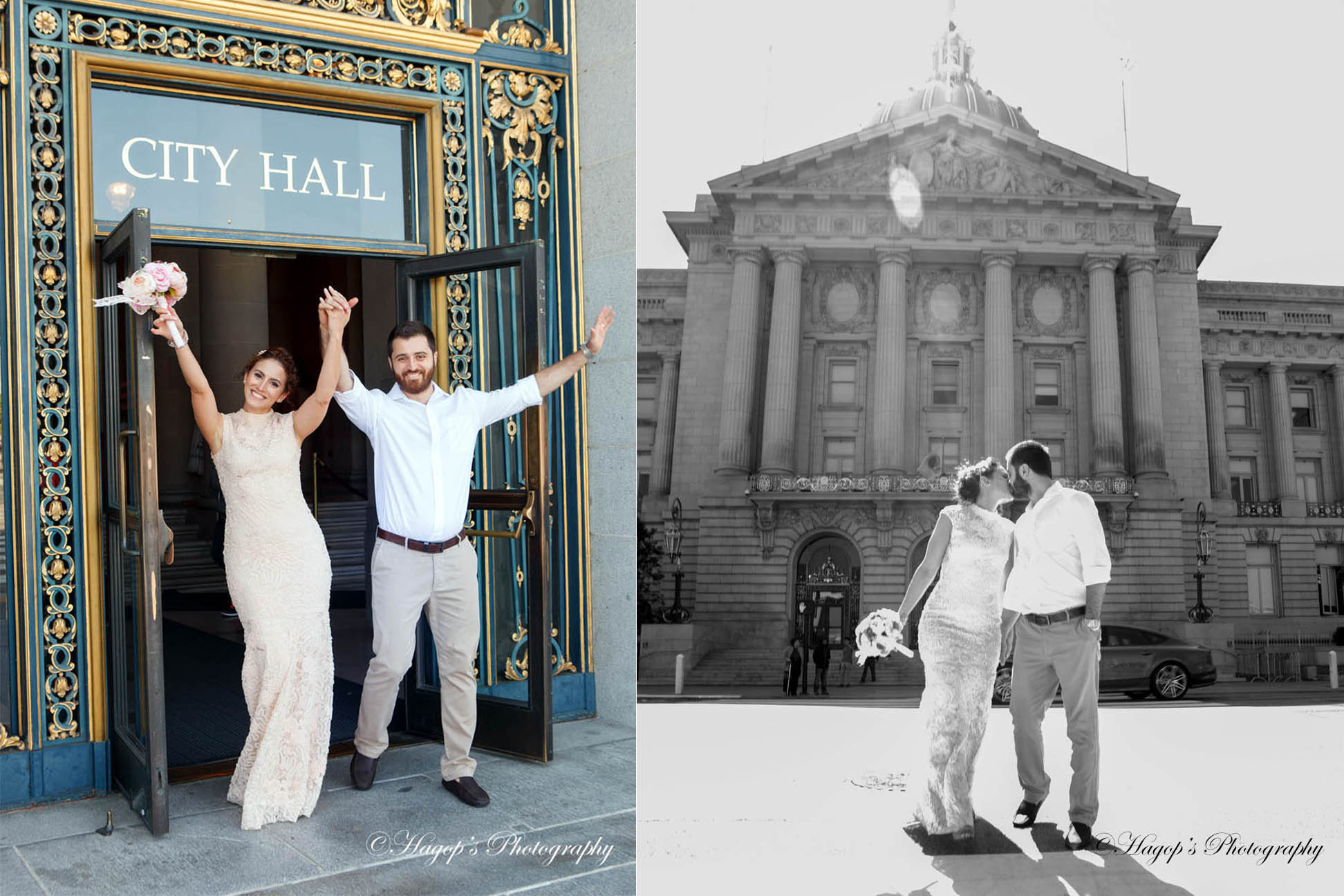 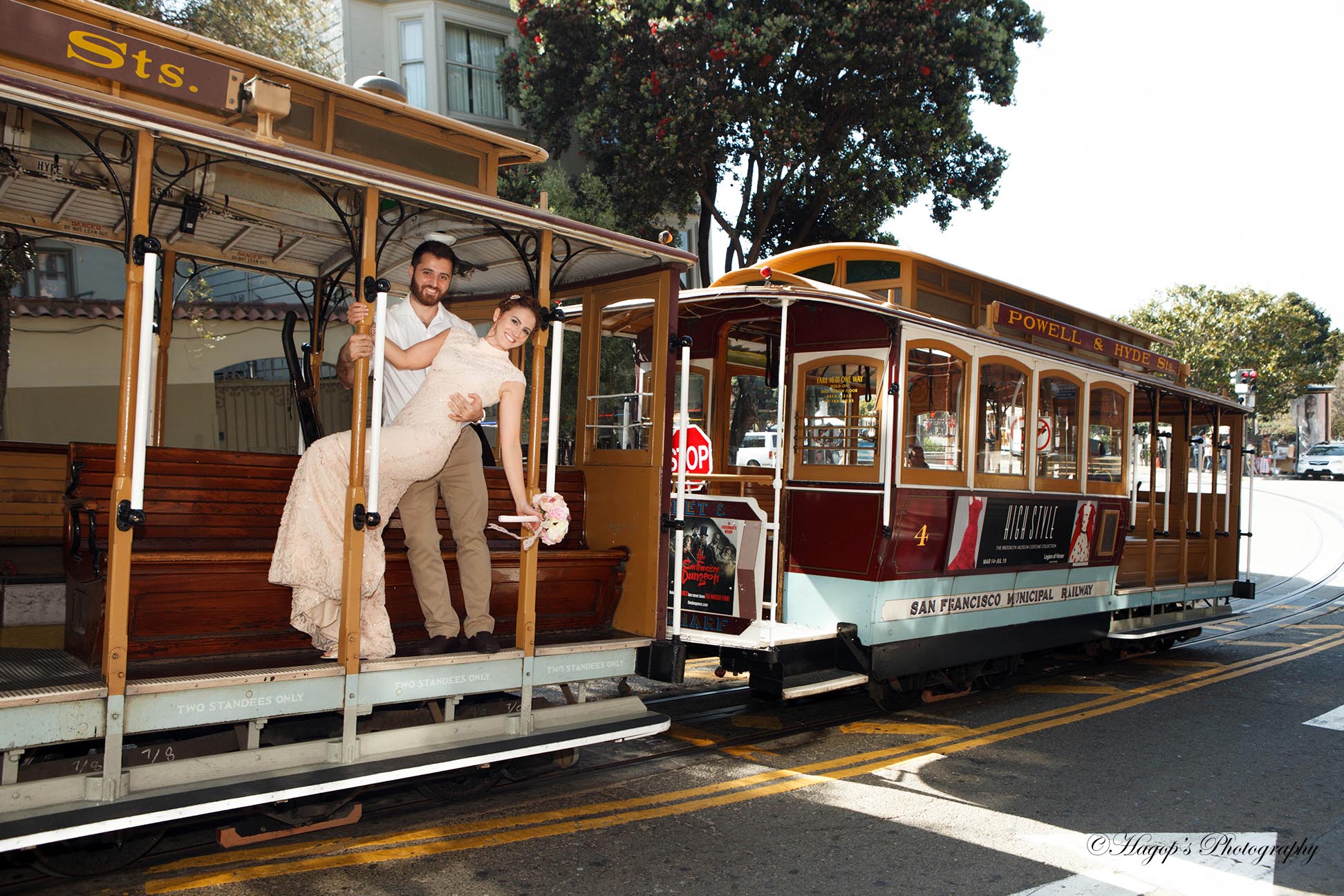 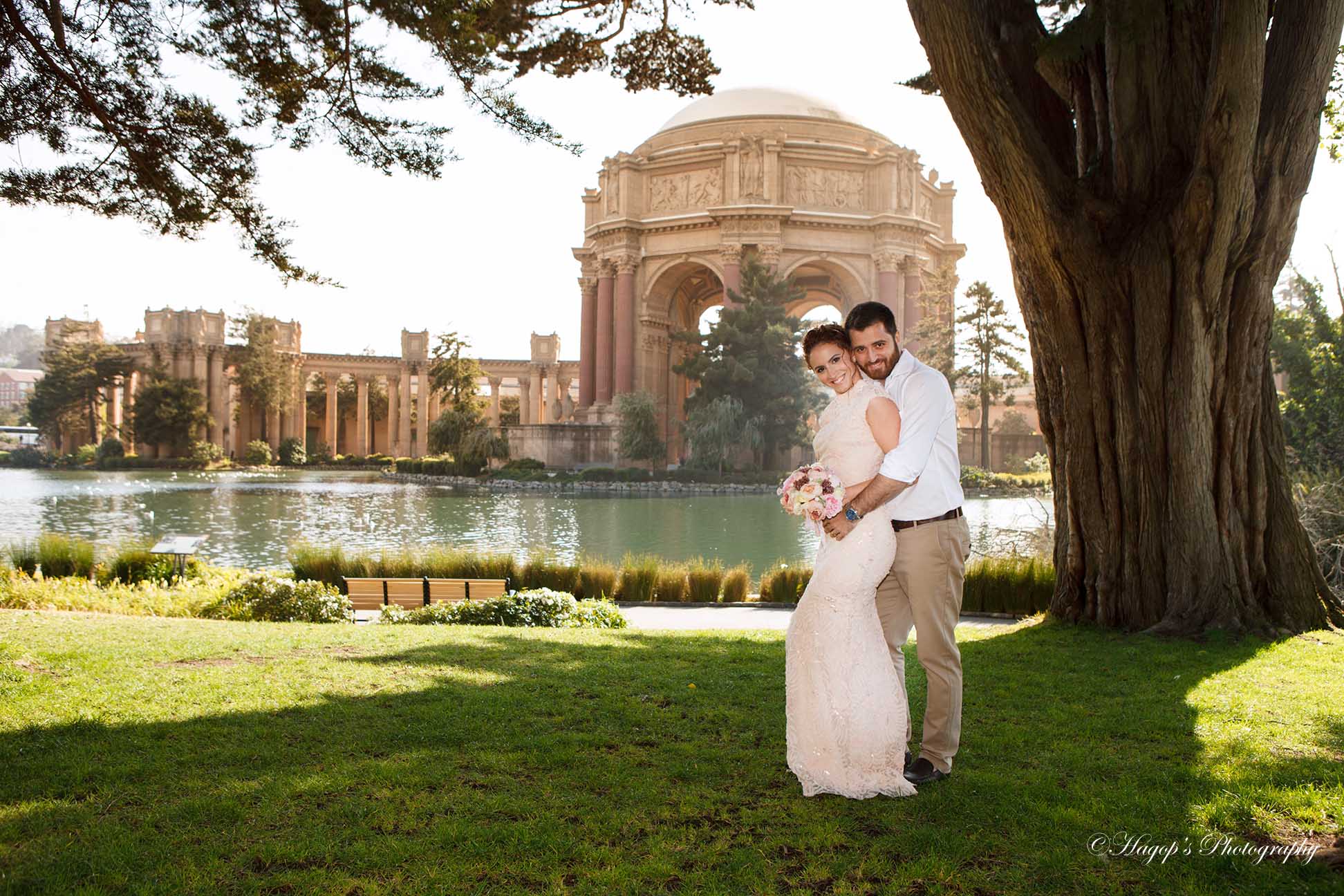 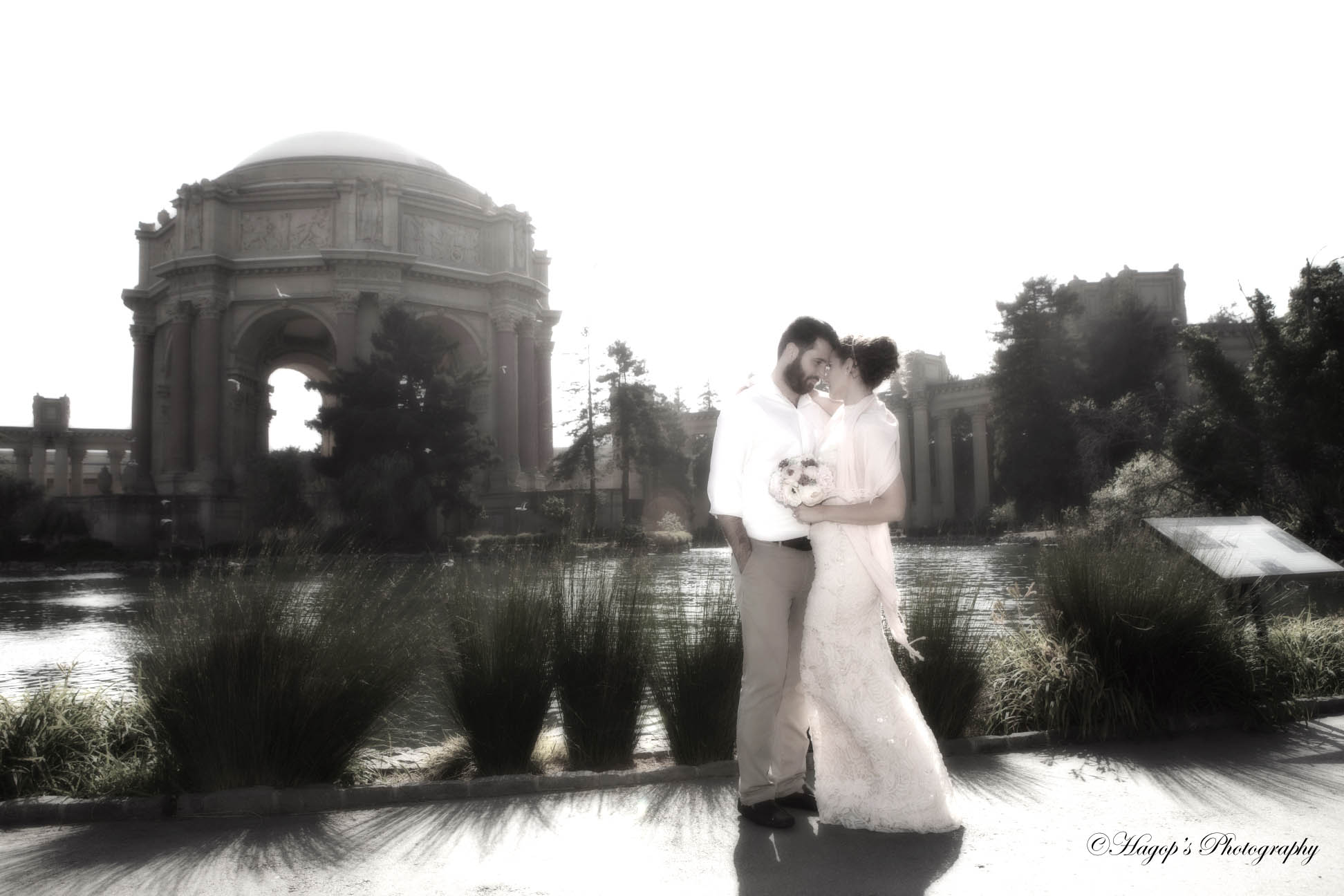 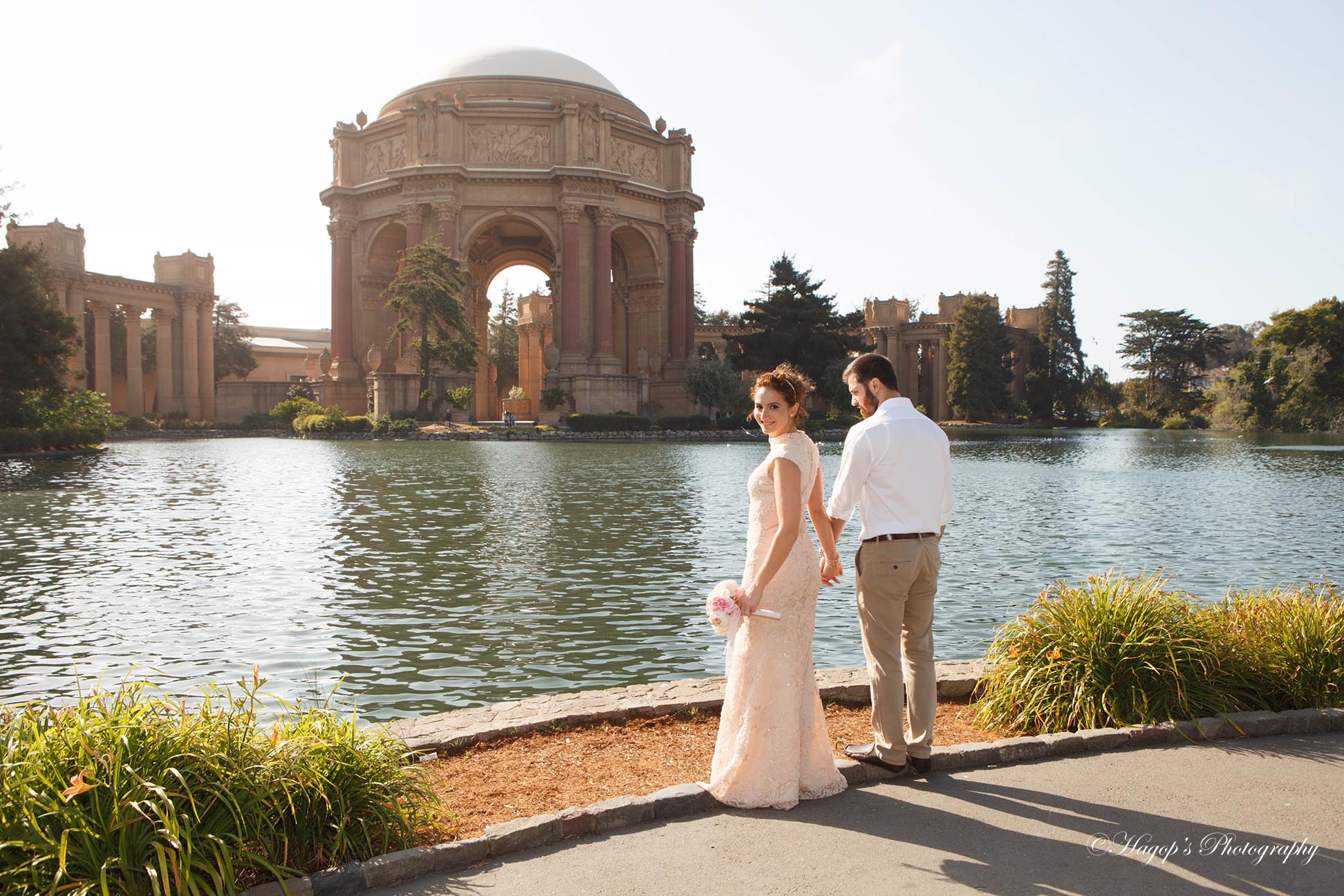 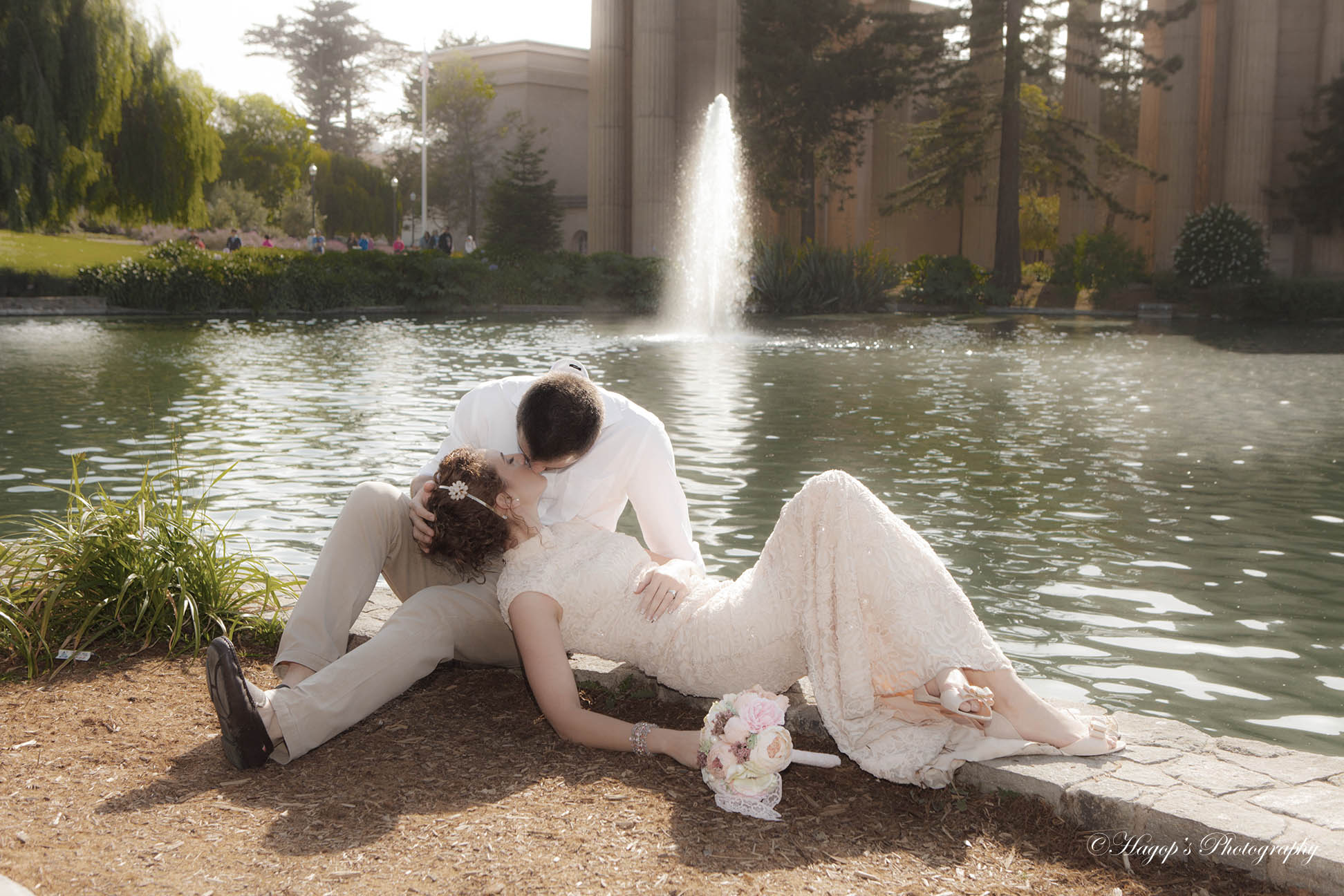 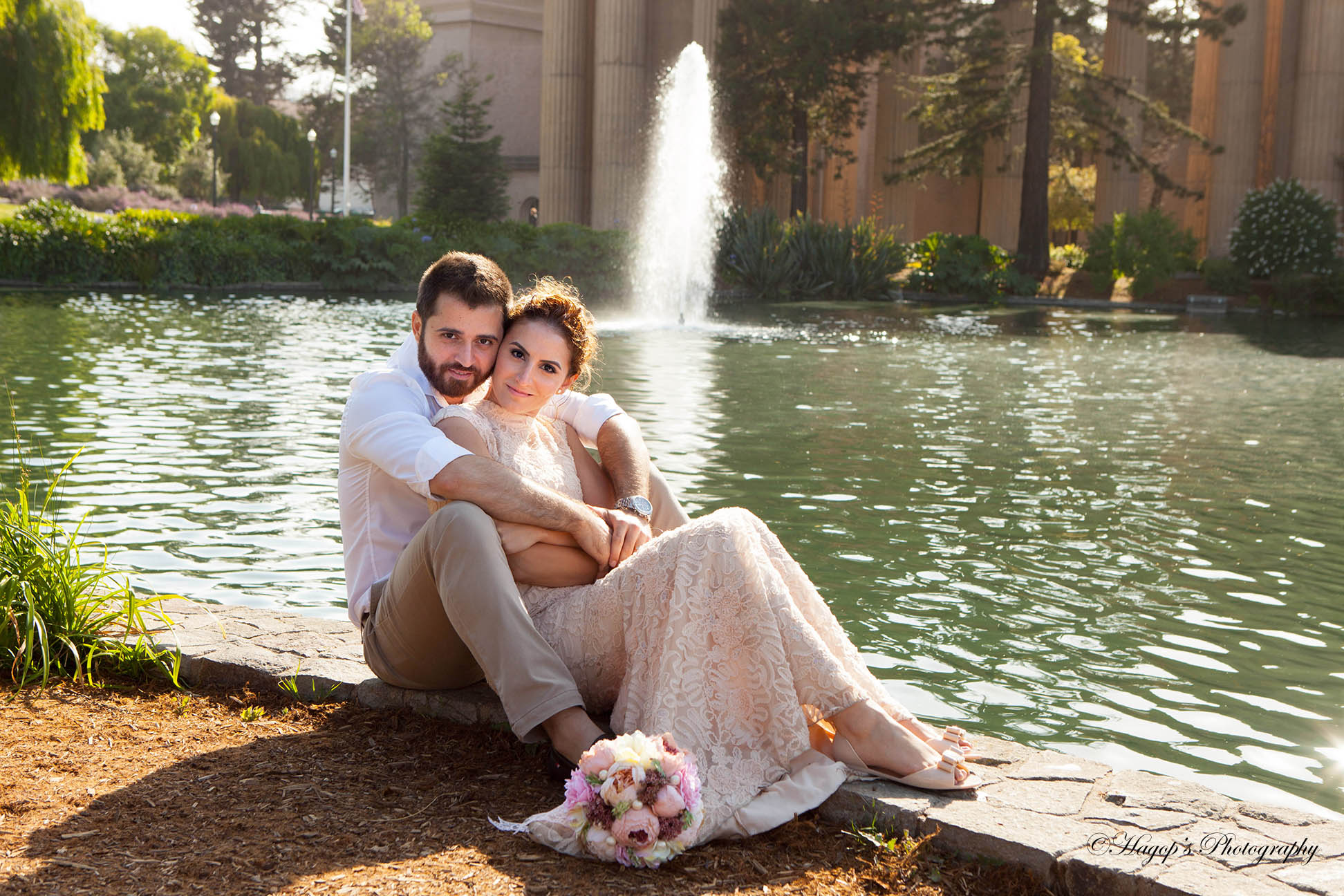 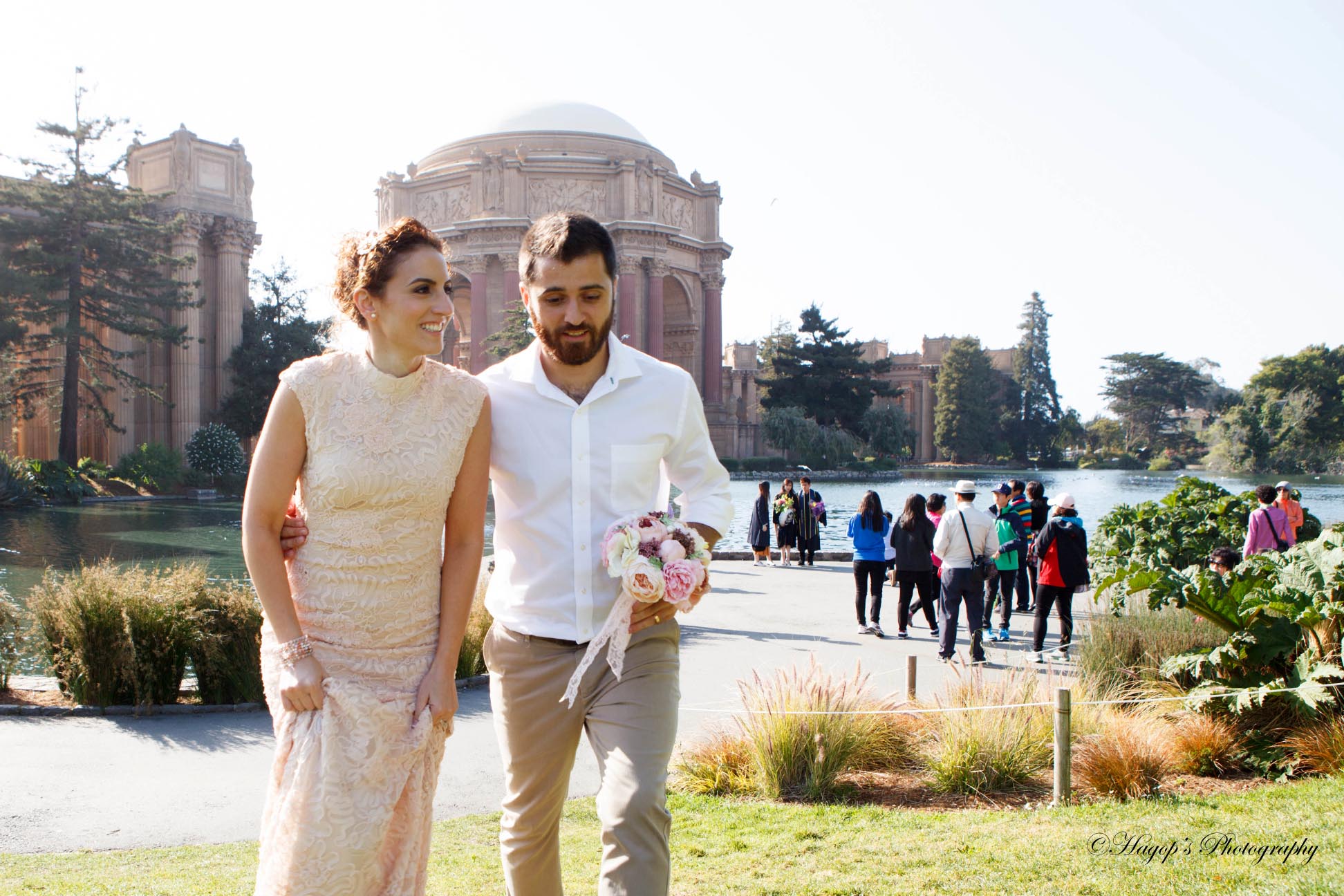 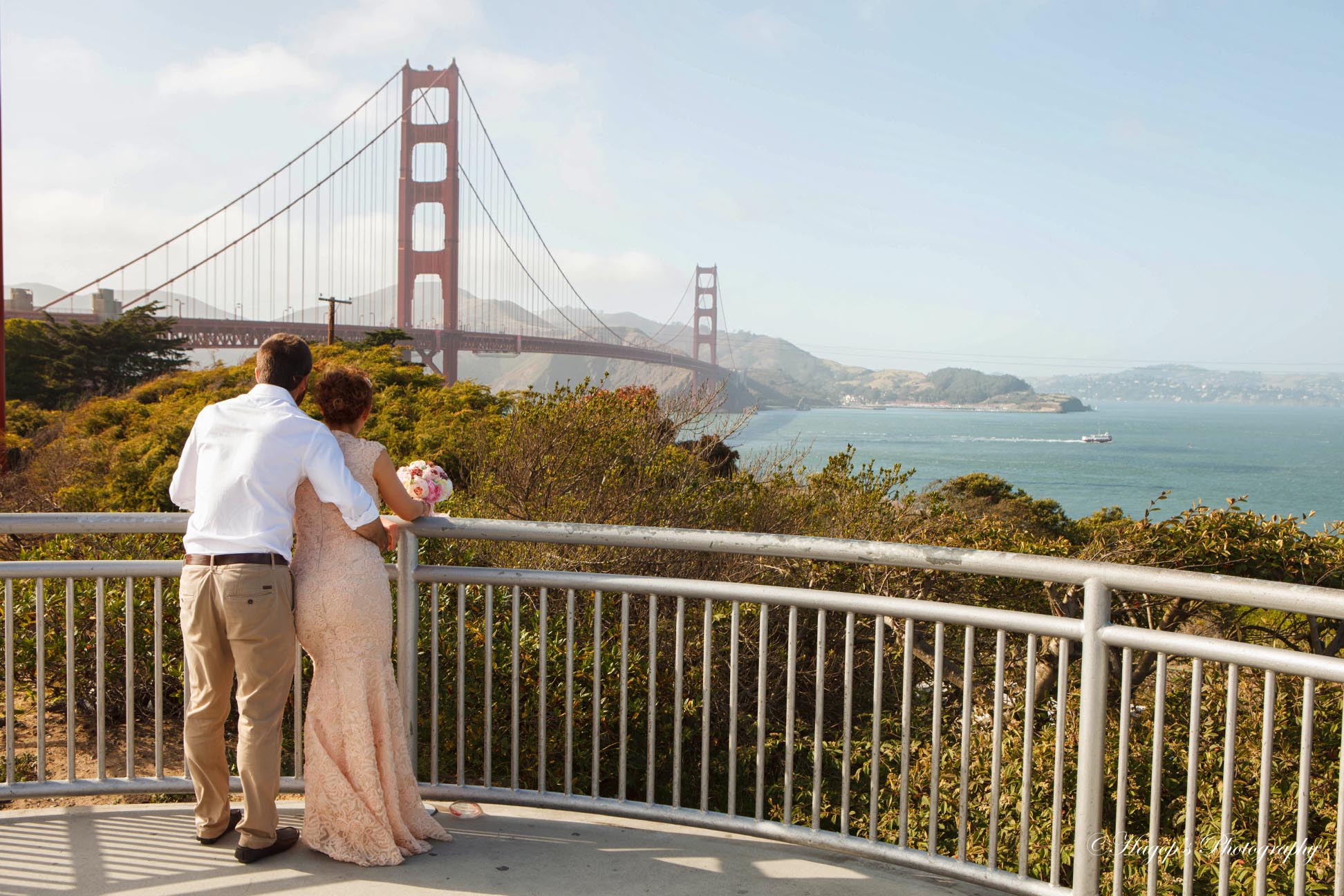 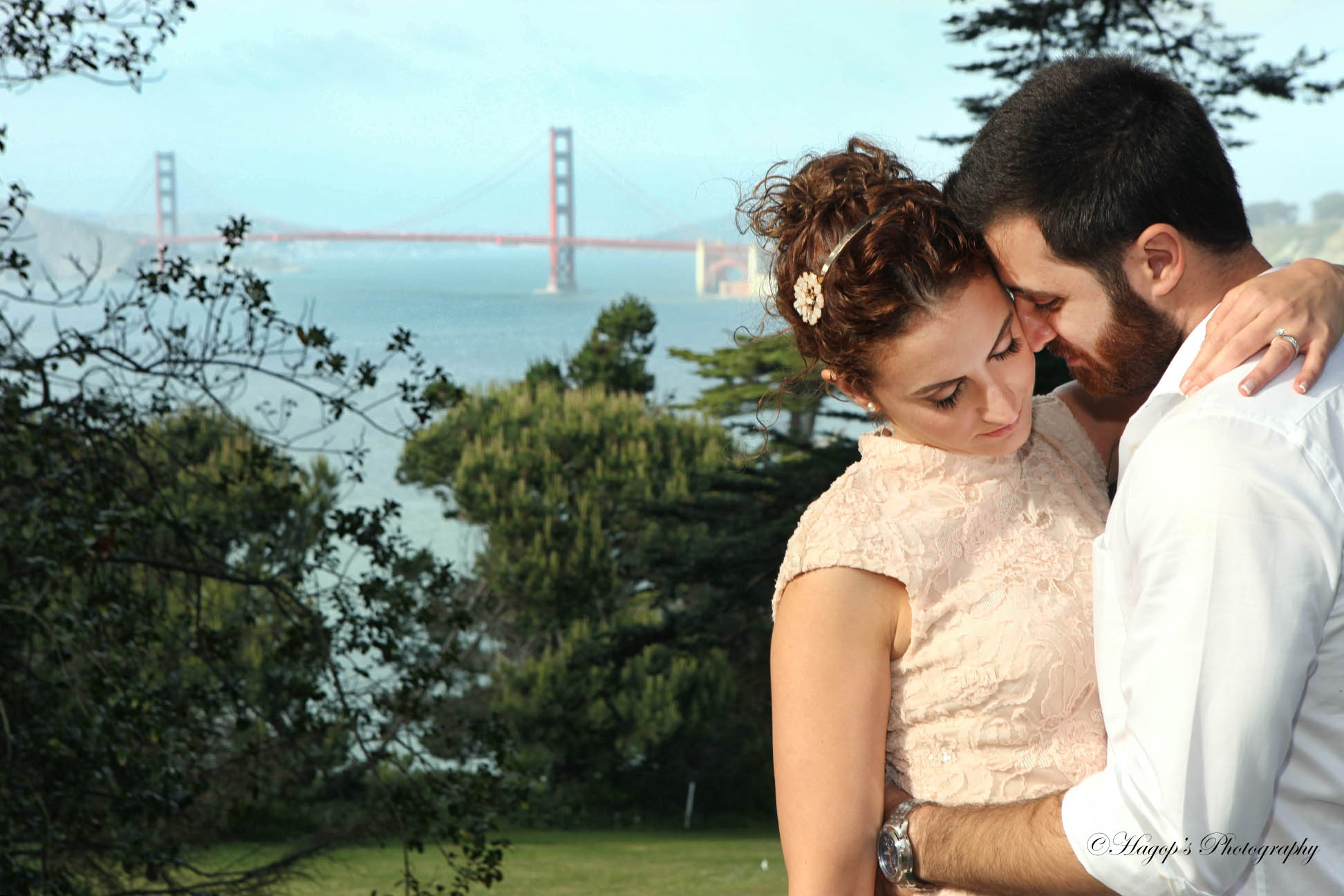